JANEWAY: She was one of the first female pilots in Earth History … [and] on July 2nd, 1937 Earhart and her navigator, Fred Noonan, took off from New Guinea and they were headed east, around the Equator. But somewhere in the South Seas they vanished and their disappearance became one of the most celebrated mysteries of the twentieth century.

JANEWAY: That was the most commonly held theory. However, numerous searches of the area failed to produce the wreckage of an aircraft, so people began to speculate … Of course, the most ridiculed notion was that she had been abducted by aliens.

CHAKOTAY: Well, it certainly looks like that’s what happened. 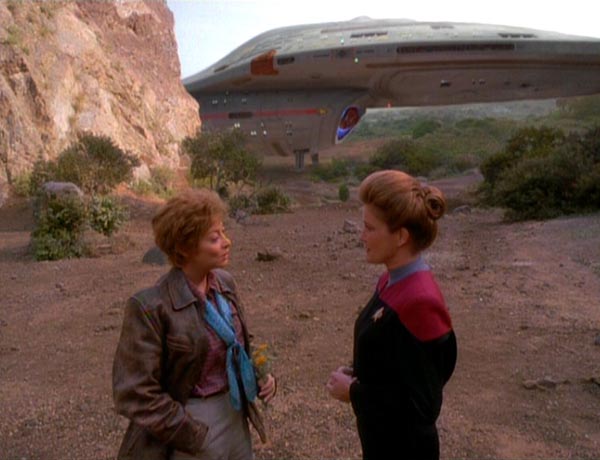